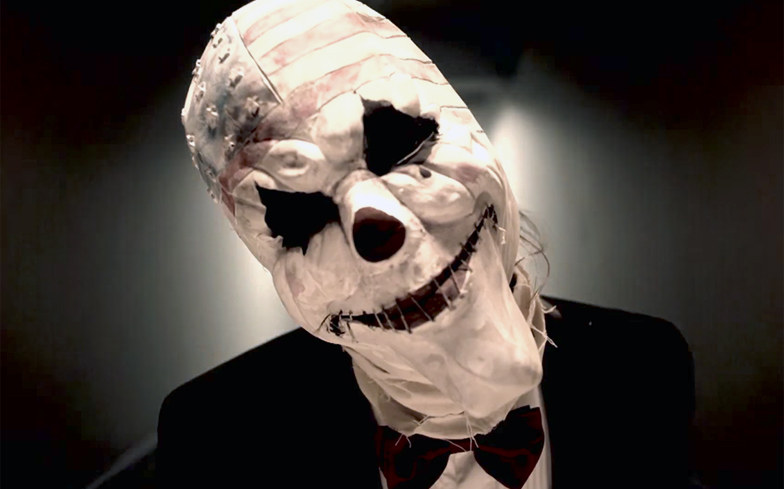 So AHS have started their hype for Season 7 – and we’re hoping it’s not just that… a hype. But from the looks of this trailer, Murphy may not be messing around. In the 15 second-clip that was shared by the Latin American Twitter page, eerie carnival music plays as you’re childhood nightmare attempts to get you to void your bowels immediately.

Murphy must really be freaked out by killer clowns as we already dun seen one of those in Season 4. Traumatic experience at a kids birthday party Ryan? Or just trying to recreate Halloween’s biggest fad since the Scream mask? But yes, we already know that Twisty from Freakshow will return this season. We’re guessing it’s a modern day copycat killer on the loose during last year’s presidential election. BAM. CALLED IT.

Theories on the actual theme range from ‘Candyman’, ‘Main Street’ and ‘Cult’.

If all else fails, at least we know that Ryan Murphy will have Colton Haynes as naked as he can get him. Win.