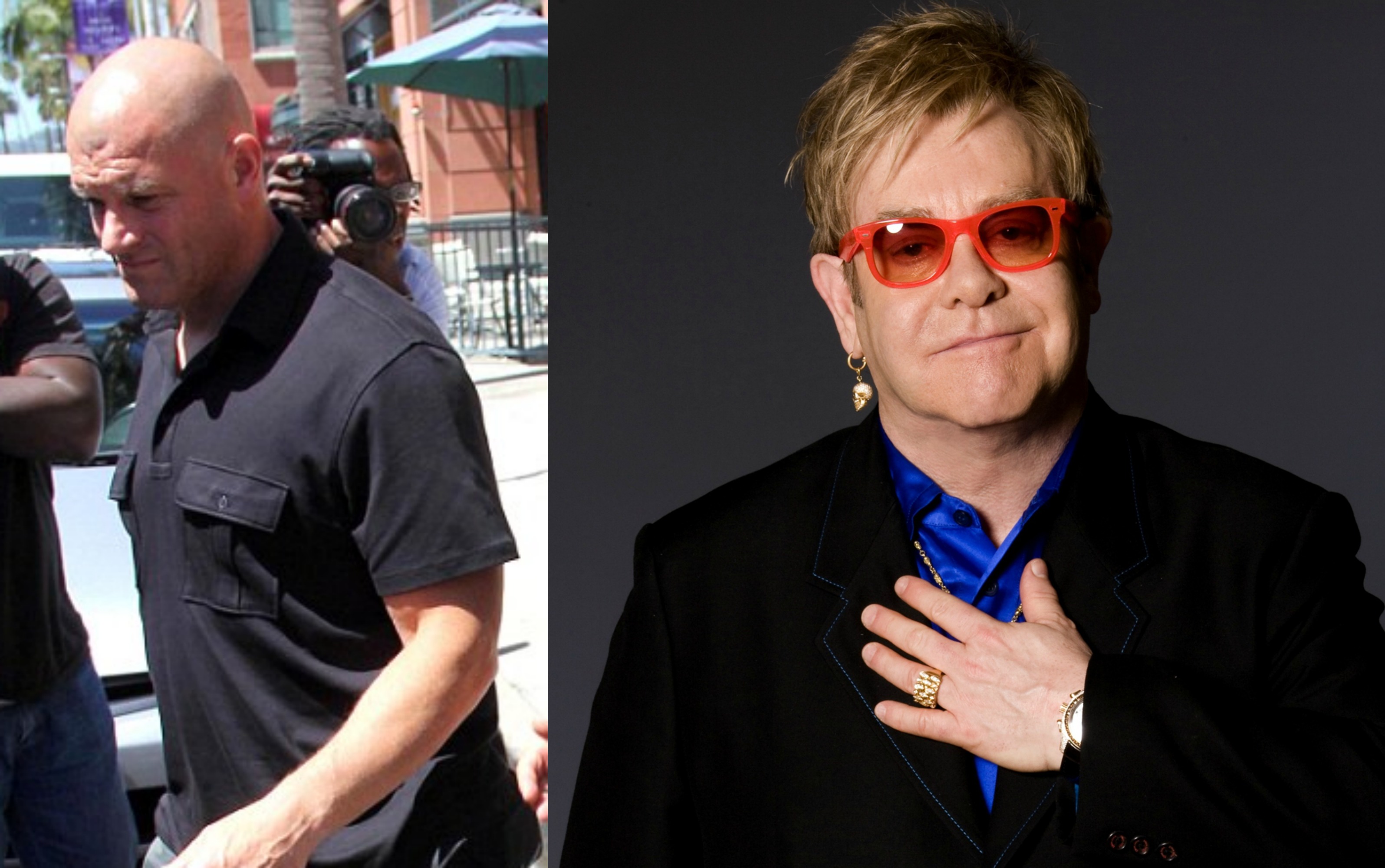 In recent allegations, a former security guard for Elton John claimed he was trying to feel more than the love tonight. According to TMZ, Jeffery Wenninger is filing a lawsuit against Elton for “attempt[ing] to grab his genitals”, when they were in a car together. Maybe he just thought it was the gear stick. Elton thinks he’s parked up, but the Mercs still moving and he’s got pre-cum on his fingers. To be fair though, groping a bloke’s knob is only an offence if the zipper’s closed. The pianist is being charged for sexual assault and sexual battery. We don’t even know what that second one is, but reckon it involves some kind of sex toy.

But in Elton’s defense, that is one FINE security guard. Who wouldn’t get a little floosy around him? Especially after a few Chardonnays. Think everyone needs to calm down, it’s not like he laced the man’s protein shake with rohypnol and he woke up being penetrated by a cucumber. And sorry, but ain’t you a BODYGUARD? If you can’t defend yourself from the Elton John, who probably swished a feather boa as the incident occurred, how you supposed to protect him from crazy-ass fans?

But evidently, Wenninger didn’t want Elton – or the sun – to go down on him. The lawsuit continues to accuse the 69 year-old singer/songwriter of saying “get your todger out” and to “say hello to Uncle Elton”. Next thing you know people will be suing Dame Edna for having a glance at the urinals.

Sorry, but that doesn’t sound like damning evidence. Who hasn’t told a straight lad to get their cock out? Half the time they oblige anyway. Furthermore, Elton twisted his nipples and said “you gorgeous thing, you”. Erm, that sounds like a compliment if you ask us.

Frustrated Fan is Suing Madonna for Being Late