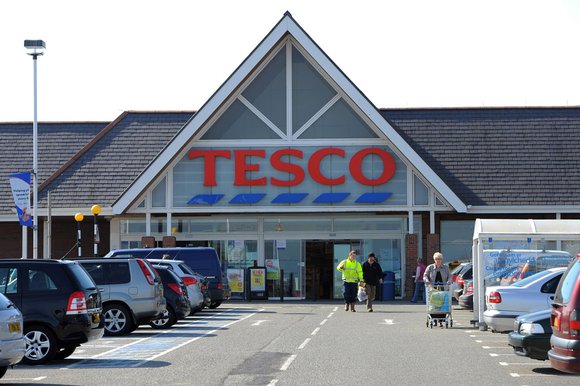 Gosh. Some of the news stories that get reported about homophobia in this modern day are shocking. Why do people – especially those that work in the customer department sector – think they have any right to voice their opinions that have absolutely nothing to do with them? Clearly bitches were last in line when they were handing out social etiquette.

Pink News reports, Natalie Rivans and Helen Embleton were shopping in Tesco (Surrey Quays) when a cashier made comments about a pregnant customer in front of them, saying “It’s wrong… Gay people shouldn’t have babies.”  OK, so I’m slightly confused why the woman told the two lesbians that gays shouldn’t procreate while referring to somebody else? Unless the lady infront was a lesbian too? What were Tesco giving out concert tickets to Pink that day?

Anyway, when Rivans pulled a bitch up, she gives it the whole “It’s a free country, so I can say what I like” bullshit. What she is, fucking seven years-old? Wouldn’t be surprised if she’d followed up with, ‘and you can’t come to my birthday party because you’re both lesbinims’. What an absolute bell-end.

Tesco are running an internal investigation, telling the Standard:

“Following inappropriate comments in store by one of our colleagues we have apologised to the customers involved and an internal investigation is now underway.

“We work hard to make sure that everyone is welcome at Tesco and put great emphasis on celebrating diversity and ensuring that we are an inclusive place to work and shop.

“Any remarks or actions from our colleagues which are not in line with these beliefs are not acceptable and will not be tolerated.”

OF COURSE Tesco celebrate diversity! The queens love a Tesco Metro more than anybody I know. She’ll probably get a formal warning, which as we’ve witnessed on this year’s Celebrity Big Brother, still won’t stop an ignorant fool running their gums. Prediction: Sacked in due course. Replace her with a self-scan.