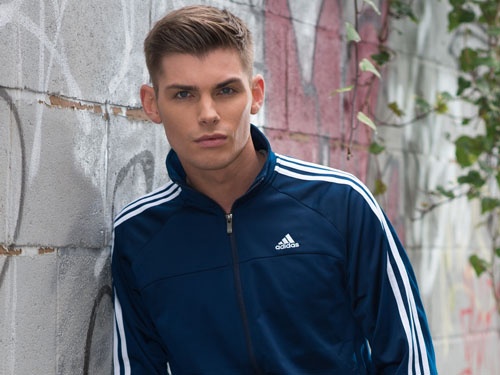 Hollyoaks is to become the first British soap to feature a HIV positive gay character. Tracksuit-clad Ste, played by Keiron Richardson, will contract the virus from a one-night stand. Conor, who doesn’t know his status, then has to inform Ste that he may have passed it on – and from there we see the effects it has on his relationship (with John Paul), his family and well-being.

Hollyoaks‘ executive producer Bryan Kirkwood commented: “We have wanted to tell this story for a long time and while HIV can affect anyone, infection rates in young gay men remain too high and to ignore that is to do the gay audience a disservice.
“Hollyoaks is in a unique position to be able to talk directly to millions of young viewers and if the safe-sex message is not coming through education, we can help with that both on screen and through multi-platform support.
“2015 is Hollyoaks‘ 20th year and to make that our ‘year of safe sex’ felt right for a show built upon telling rites of passage stories. With Ste’s HIV and other stories for our teenage characters, we will explore the many implications of unprotected sex and hope to encourage thoughtful debate amongst our audience.”

What do you think of Hollyoaks decision towards the storyline?

I personally think it’s great. (Well, not for Ste, obvs). It means that the storyline will raise awareness of HIV and the dangers of unprotected sex with an audience that may be too young to be seeing it in gay media (16-18-year olds), and are quite likely not receiving education about it at school. As there has been an increase in the number of gay teenagers picking up the virus, it will hopefully be a step towards reducing the statistics of the younger generation who seem not to know enough, until it’s too late. And we think Bryan Kirkwood makes a very valid and relevant point.

Kudos to Hollyoaks, and we hope they won’t be taking the subject lightly. But we’ve no doubt they would.