Michael Fassbender has “Insecurities”, But no ‘Shame’ When it Comes to his Nudity

Basically, if somebody said the name ‘Michael Fassbender’ one year ago, nobody would have batted an eyelid. But now, he’s a Hollywood star, sex symbol and has an especially large gay following – which we’re sure has nothing to do with him getting his wang on numerous occasions.

Those of you who are fans of Ass-bender (or those of you that are after reading this blog post), will know he’s not exactly “shy” when it comes to nudity; despite his recent interview with Elle Magazine where he stated that:
“I’m insecure, of course I am.” 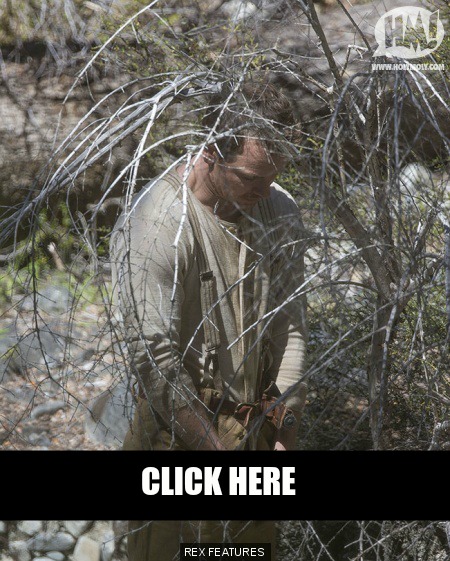 Yeah, you looked dead coy whipping your nob out up against that tree. Not that we’re complaining. He also compared people talking about his ‘piece’ to sexual harassment. Let’s just get this straight; a woman who walks into the office, sits on the photocopier with her ham slices on show and then becomes the talk of the water fountain the next day is not being sexually harassed.

If he wanted people to stop talking about it that much, he wouldn’t have accepted the script for Shame where they ran out of budget for the wardrobe department.

Although surely you can understand his pain – he’s finally making a name for himself in the acting industry and now his dick is more famous than he is. Still, at least he became an actor and then started loosing clothes, some people loose their clothes to become actors – not mentioning any names, eh Megan Fox?

Michael Massive-Member as he’d been dubbed by online blogs, was snapped taking a leak on the set of his latest movie Slow West (can’t a bro get some privacy? Obviously not). Joking aside, he’s a credible actor and we’re totally putty for that smile. But may we just state that we were fans of his, even with the clothes on.

Other posts you might like:
>> MAN GANDY: David Does Full Frontal [NSFW]
>> MAN CANDY: Thom Evans Strips Down!
>> How To… Be A Socialite Bitch